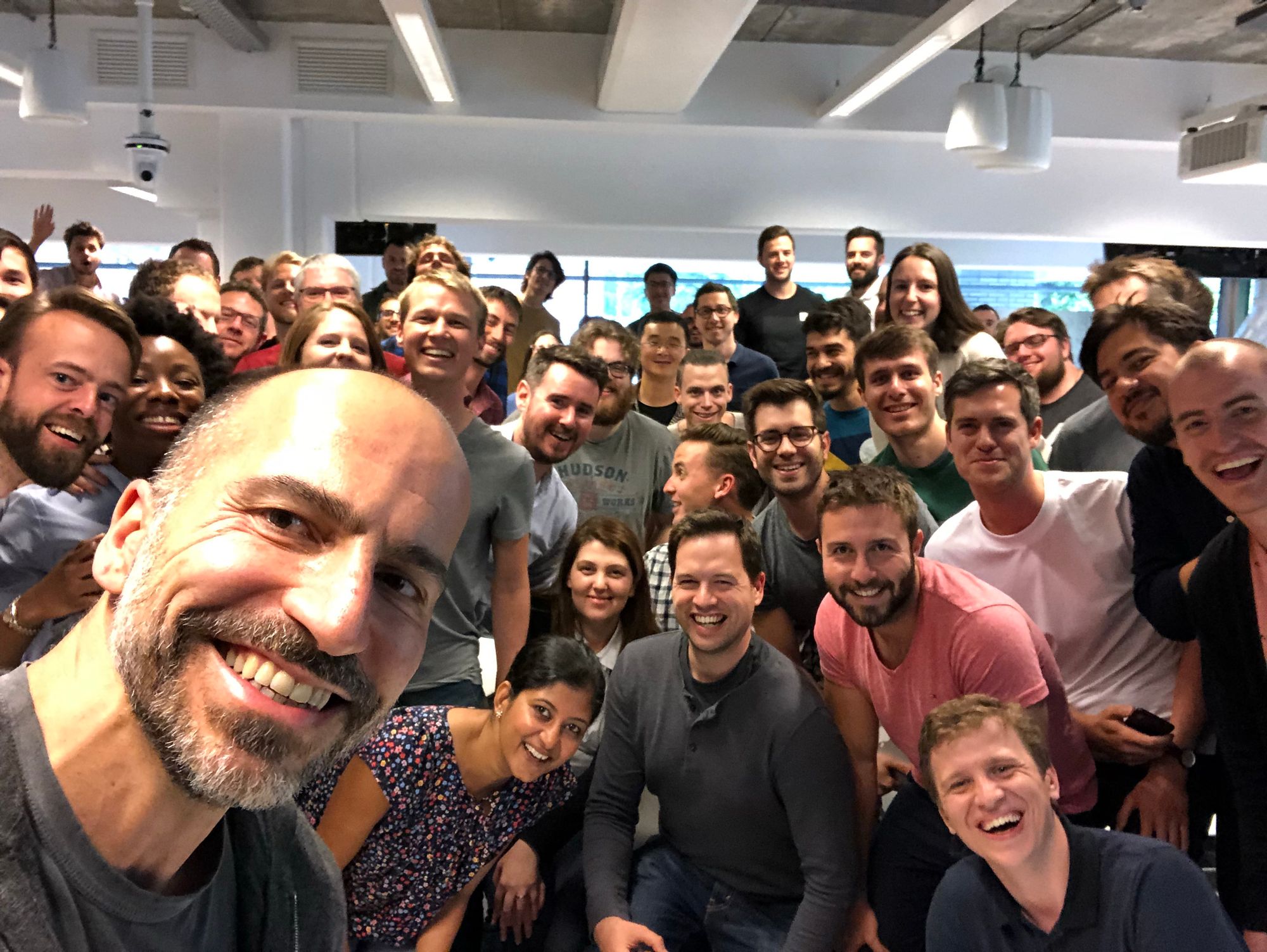 After more than four years, I've decided to leave Uber. It's been a crazy, incredible, at times stressful, humbling, and ridiculously fun time. I've learned more here than I could have at any other place and I wouldn't trade this experience for anything.

In 2016 it was "full steam ahead", rewriting Uber's flagship app. Then, 2017 was an incredibly turbulent year and 2018 was a "stabilising" one. 2019 was the first time I've been part of an IPO from the inside, and 2020 brought the pandemic with layoffs, Eats becoming bigger than Rides, and a bunch of other challenges.

Here is my leaving email that I shared with my former colleagues:

After four thrilling years that easily felt like ten, my Uber adventure is coming to an end. It’s been the most unlikely and fun of rides. I wouldn’t trade this time for anything. From Rider Payments, through Wallet / PEP and Web Payments, to Money Mobile Platform and Uber Pay teams, here are a few things Uber has taught me:

Stick your nose into things and learn. Do you read L5 High postmortems on incidents? ERDs outside your team? Talk with anyone who is on Ring0? Chat with DS, PMs, recruiters, designers, ops every now and then? Introduce yourself to someone you don’t know at lunch, in the (pre-COVID) canteen? I learned so much from doing these. Coming from mobile, I re-read the Gulfstream RFC 10+ times and dug into all the terms and systems described in the paper before I finally understood it. I had a newfound appreciation for systems challenges after going through postmortems like the XPC outage or Core trip flows down.

Underpromise and overdeliver. Uber is overwhelming. The things you and your team should be doing. And it’s very common for things and people to slip. Push back. Commit to fewer things, and deliver - or over-deliver - on these very few ones. This is how you stand out - not by doing many things, but never better than average.

Be an owner, not a renter. Don’t complain: fix. Don’t ignore broken windows: mend them. When it’s really not you who can fix this, find the person that can. Do you wonder what the best way to advance your career is? It’s this approach. This is what got me into management, how I was able to create new teams, and the reason I had a blast working here every single day.

Embrace change, then start taking more risks. Uber is full of change. Either you see this as a threat or an opportunity. Always look for the opportunity and how you can ride on the wave. Once you’re used to change, and how to ride it, create your own changes, and take those risks.

I became a “proper” manager at Uber, which was also a steep learning curve. If you’re a manager - or are thinking of becoming one - you might find my summary on these interesting.

Thank you for the war stories, the terrible oncalls, the frustration, the laughs, the celebrations, the trips to SF, PAO, and NY, the Thursdays sanity testing, the late or early Zoom calls, the Google docs comments, the dinners, and night outs, the team name changes, and the chocolate cakes. When I moved to Amsterdam in 2016, I read a quote painted on a hotel wall that sums up what these four, intense years have felt like:

Let’s stay in touch and please connect on LinkedIn, if we’ve not done already.

As I move on to start my own adventure: thank you for everything. Uber on! 🚀

So, what next? After more than a decade of being back-to-back employed, and a 8 years of working at tech companies during their growth phase - I'm taking a break from traditional employment.

I'm spending the rest of the year finishing my book on growing as a software engineer, and I'm validating startup ideas on platform engineering. I've created my "Now page", and you can keep up to date with what I'm doing here.

It's a nice feeling to switch over to the maker's schedule from the manager's one - at least for now.